About Us Family Owned and Operated

ESCOT Bus Lines is a charter bus company which originated in St. Petersburg, Florida in 1983. Beginning with a fleet of two mini-buses that provided daily shuttle service to Tampa Bay area attractions, the company grew rapidly until it seemed wise for Lou and Diane Scott to expand their scope of business. They added a leased Eagle coach to the growing fleet in 1985, and they began to concentrate on the charter market, gradually adding equipment and establishing a quality reputation in the Tampa Bay area.

Niche Development Knowing What You Want

In 1990, the Scotts decided that, in an increasingly competitive market, one key to success was to develop a trademark niche. Building on a reputation for good service and clean equipment, they began to build a fleet of ultra-modern European style coaches. The appeal of attractive styling and passenger amenities accurately reflected the company’s commitment to providing quality transportation for their clientele.

The strategy has worked. Their fleet grew from the original two mini-buses in 1983 to 45 late model charter coaches, and 19 transit style coaches for contract services.

This growth has been a result of identifying the market they wanted to pursue. The Motorcoach business is one of those unique fields where no matter how many opportunities are created by careful planning and good fortune, they can only be fulfilled by hard work.

The Importance of Family Growing and Learning Together

Careful planning is certainly part if the reasons for ESCOT’s success, but another significant factor has been the involvement of the Scotts’ children, Brian and Pam. Both worked in the business as kids, and have acquired the skills and the work ethic that have enabled the company to expand.

It is not a coincidence that their increased involvement parallels ESCOT’s success. Over the past 20 years, the nature of the business has evolved from local service into a full service company specializing in the following:

Year Round Service Busy All the Time

During the summer, traditionally a quiet time for Florida carriers, ESCOT does a great deal of contracted long distance tours, even some going from coast to coast. A combination of late model equipment, first rate maintenance, and quality drivers, most with several years of over the road experience, enables them to range throughout the United States and Canada.

Although the long distance charters are important to the business, ESCOT keeps several buses at home during the summer months to take care of their local clientele, which includes church groups, mobile home parks, senior citizen organizations, and local tour operators. Quality service combined with careful planning and hard work keeps ESCOT’s equipment busy all year long and provides a solid foundation for ESCOT’s growth into the 21st century. 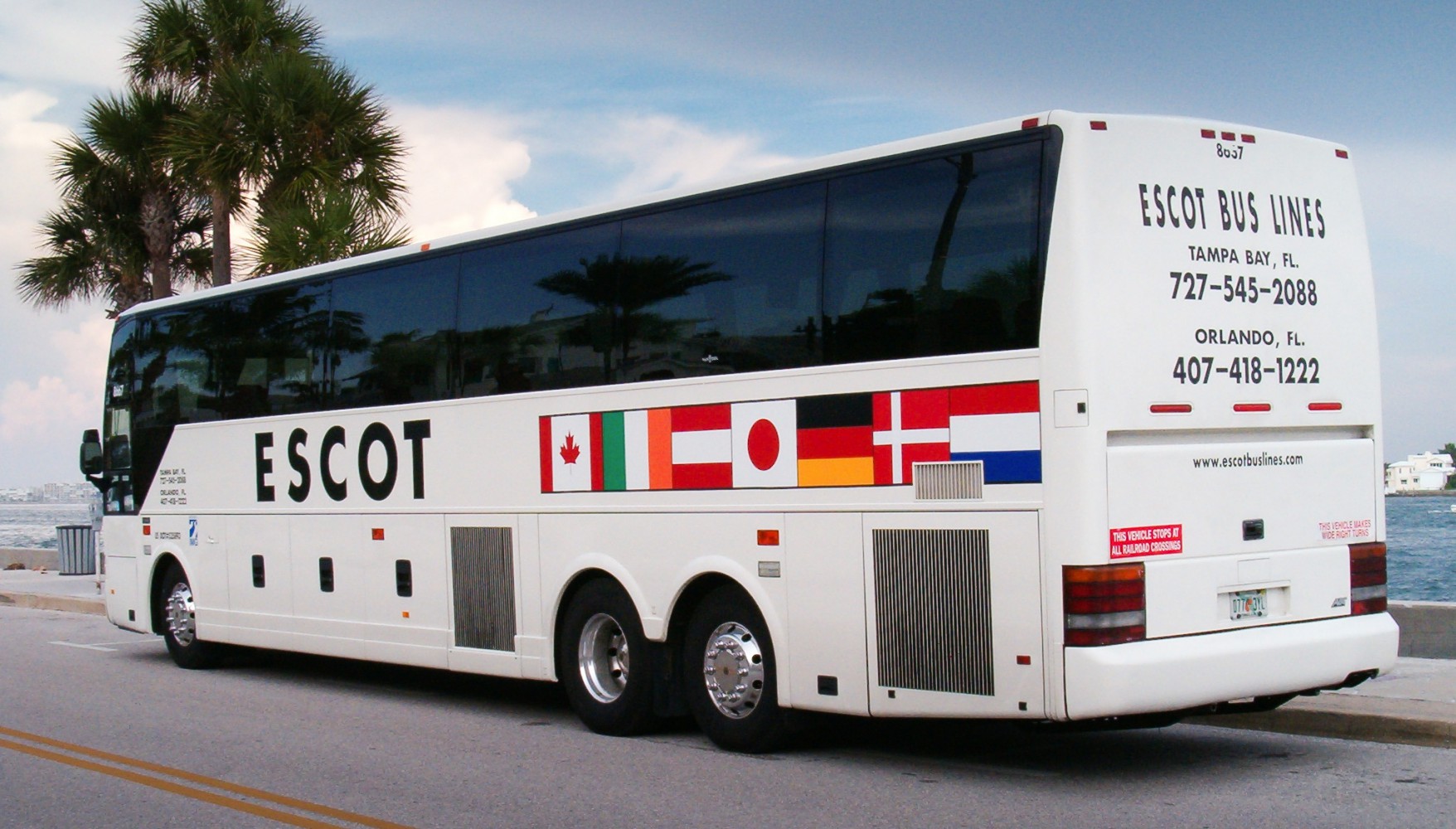 Reserve your seat on the bus. Book your cruise bus online today!

Per FEDERAL LAW masks ARE required on all forms of public transportation and this includes us! MASKS ARE REQUIRED TO RIDE.

Make your reservations over the phone, give us a call toll-free.

We do not offer all ship or all dates on the website.  Don’t see your sailing?  Please give us a call and we would be happy to assist you Mon-Friday 9:00am to 4:30 pm Eastern time.

Cruise Connection uses the latest security technology to ensure that all online bookings are fully encrypted and secure.